I have been open about being gay for about a decade, and I have been accepting of my own homosexuality (by which I mean to say that I stopped trying to change it for Jesus) for about four years now.

I am a lot of other things as well.  I am a writer, working on my first novel.  I am a college graduate, who is very proud to call University of Texas at Austin my alma mater.  I am a home owner (see recent blog posts) and a wanderer.  I am a dabbler in Buddhism, and a practicing pagan of sorts.  I am a gamer, and a world traveler, and a coffee drinker.

But I am also gay. 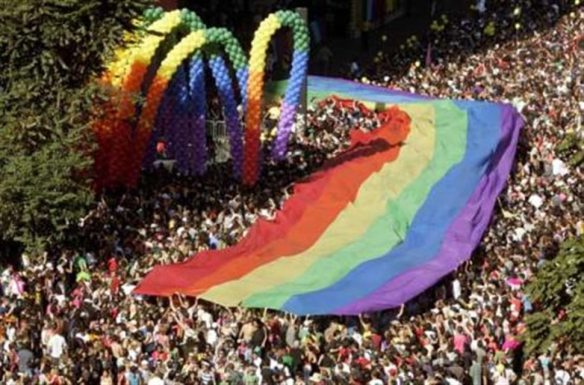 The issue which has come up for me, which I didn’t expect to hit me so hard, is the recent attempt by several friends and acquaintances to reassure me that my being gay just “doesn’t matter” to them, and that it doesn’t change the way they view me as a person.

It came up first in regards to someone else, a young man I had encountered who, by my estimation of his self-expression, is likely attracted to other men.  His family, close friends of mine, when I made this observation, was very defensive, claiming that “it doesn’t matter” if he’s gay, it doesn’t change how we feel so why should we talk about it?!

It didn’t sit well with me, and I wasn’t sure why.  It was a good thing that his family didn’t devalue him because he was likely a little light in the loafers right?

Then, a few days ago, George Takei (Lord and Master of Facebook) posted a blog entry about this very subject (http://www.allegiancemusical.com/blog-entry/i-dont-even-think-you-gay-well-you-should?upw).  It was regarding the recent coming out of Jodi Foster in an award acceptance speech, and the relative non-reaction it received.  In that blog, as I understand it, Mr. Takei says some things I have felt for a long time, but never spoken. He talks about the importance of the homosexual struggle for equality, and its effect on the people who have struggled in a society that doesn’t accept them as they are, and the importance of gay role models in today’s society.  I was impressed and I reposted the article to my timeline.

I got a private message from a very good friend of mine shortly after that which read:  “Not to be contrary, but it really doesn’t matter to me [that you’re gay], and it doesn’t change who you are to me.”

Let me take just one moment here to tell you about my friend, whom I will call simply Friend from now on.  He is not someone I would consider close minded.  He and I have differing political opinions, but we have helped one another on many projects, share a close circle of friends, and he has been supportive of all of my partners and my choices in life.  I wanted to start out by conveying my esteem for him personally.

However, it stuck with me that he had never once told me that it didn’t matter to him that I was a Writer, or that I was a Wizard, or that I was Caucasian.  The only characteristic he had ever “differentiated” from my identity was my sexual orientation.  I know he didn’t mean it badly, but it itched, and then burned, and then downright began aching that he felt that was somehow appropriate.

During our ensuing conversation over the subject of Mr. Takei’s blog, he also raised some difficult points, and had some honest questions.  Most of our interaction, however, flowed out of one general question: “Even if someone is clearly gay, why is it a problem to avoid the topic?”

What follows is my best attempt at a response to him, in letter form.  Click more to read it. END_OF_DOCUMENT_TOKEN_TO_BE_REPLACED

The Marvelous Adventures of Sebastian Smith!

Draft Completion PartyJune 16th, 2013
Had you asked anyone in the sleepy, ordinary village of Hilsbac about Sebastian Smith, they might simply have rolled their eyes and mumbled something about the overly curious boy who lived down the street, whose only notable offense was being just slightly less than normal. But then, one very important day, Sebastian stole a shirt. Not just any shirt. It was the shirt of the young man he had quite accidentally fallen in love with. And on his way from the scene of his crime, he happened to stop in an alley, so torn between guilt and love that he thought he might die. And I assure you, dear reader, that had he not stopped in that alley he would never have had any adventures at all, marvelous or otherwise. He would never have climbed a mountain, or swum in the sea, or run through the forest. He would never have met the zombie princess turned diplomat, or helped to slay the terrible Cry’ax, or fought off the dread Halkar in the company of a vampire knight, or served as a supermodel for the world’s only goblinoid fashion designer, or rescued the fairy prince from clutches of a demon lord. And he most certainly would never have been eaten by a dragon. But, dear reader, I am very happy to say that Sebastian Smith did stop in that alley, feeling quite miserable about his secret love, and because he did, I have a most wondrous tale to tell you.